Hypertension, diabetes and obesity of children, especially in urban areas, often occur in developing countries, as well as in Benin. The situation is worrying inasmuch as little information about prevention and almost no control exist concerning these diseases. The Ministry of Health of Benin has submitted a program against these diseases. Bénin Santé supports these efforts with their own information campaigns and further resources.

Colon cancer is often diagnosed too late due to a lack of preventive medical examinations. Bénin Santé will therefore organize preventive examinations and support patients wherever possible.

In Benin – as in most of the sub-Saharan African countries – the incidence of hypertension is growing rapidly and affects nearly one-fifth of adults aged 25 and over. Hypertension is a major risk factor for cardiovascular diseases and stroke. In particular, pregnant women are often affected by complications due to hypertension.

A new but rapidly growing phenomenon in the urban areas of developing countries, as well as in Benin, is obesity of children. It already represents a major health problem with severe consequences for the economic development of the country. Bénin Santé informs therefore in schools about the risks of and preventive measures against obesity. 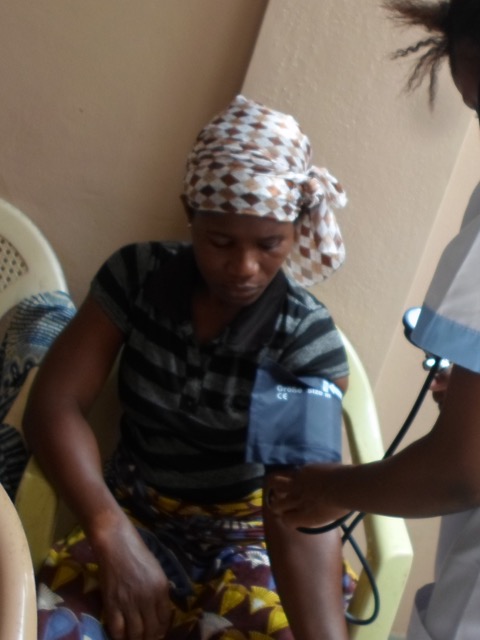