The parochial centre “St. Jean-Marie Vianney” in Koundokpoe, Benin, looks after 150 children and Youngsters. 90 of those children were vaccinated against Hepatitis B by Benin Sante in the spring of 2016 . As the medical care for the children in general can be organized only with much effort currently, Benin Sante could finance the furniture for a small ambulance in the centre, that will take medical care for the children on a regular basis.

Two Austrian nurses took care of the children during some days in April. Furthermore, they performed some vaccinations in the village of KoKoumoulou.

After the opening of the ambulance in Koundokpoe in April 2018, we visited them in July 2018. The ambulance works  very well and has already made a significant contribution to the better medical care for the children and adolescents in Koundokpoe.

Screenings and vaccinations against hepatitis B for another 50 children and adolescents in Koundokpoe could also be performed in July.

We are pleased that the children in this center can be looked after very well now.

Thanks to the generous donation of the association ÖKB karitativ, a laboratory device for blood tests regarding hepatitis was purchased. Therefore, we can reduce the costs of examinations and thus reach a larger target group.

From 18.02 till 28.02.2019 two czech doctors, with the support of a czech anaesthesist, have performed 64 operations in the Clinique les Archanges in Cotonou. At the same time, gastroenterological examinations have been offered for poor patients.

Have a look at a short report about the project here:

In April, two czech doctos performed more than 40 operations. At the same time, gastroenterological examinations were offered for poor patients.

From 24.02 till 09.03.2017 two czech doctors performed approximately 90 operations in the Clinique les Archanges in Cotonou. 200 persons could not be treated because we had not enough ressources. The project will continue.

Since a few years, there is an attempt to build a general social insurance system. This, however, has not entered in practice. Due to the fact that each visit to the doctor must be financed by the patient himself, checkups or screenings are rarely performed. Relatively high costs of simple operations mean that they are often delayed or never made.

Aims of the project

1. Offer operations for free or at low cost for the most deprived, performed by European doctors. As Bénin Santé is primarily active in the field of diseases of the digestive tract, hernia surgery and operations of hemorrhoids are currently being considered. Other operations, however, will also be offered.

2. Offer young Beninese doctors the possibility to assist in operations carried out by European doctors as a training

In May 2017, the official report concerning the project carried out in March could be given to the Beninese Ministre of Health during a meeting with Benin Sante in Vienna. 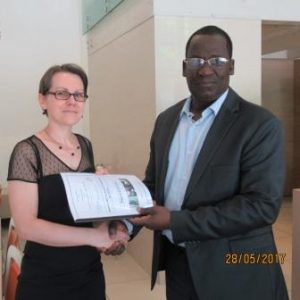 Since 2015, we could finance the screenings for more than 650 persons, which includes 47 children and youngsters, for whom we could also finance the vaccinations.

The other children are hosted in the follwoing centres:

In 2017, we could finance the screenings and vaccinations for 78 children in the School Ko-Koumolou and for 10 children in Djeffa.

In may / june 2016 we could support two projects (screenings, vaccinations): 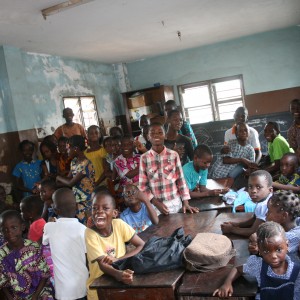 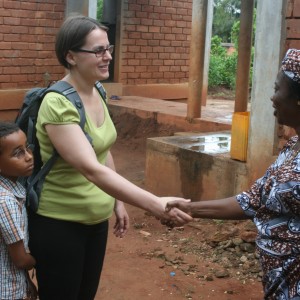 Since november 2015 we are testing and vaccinating children at the following centres: 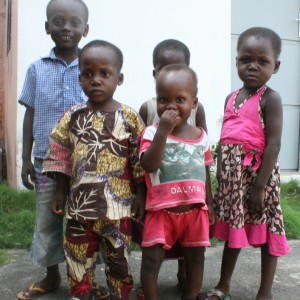 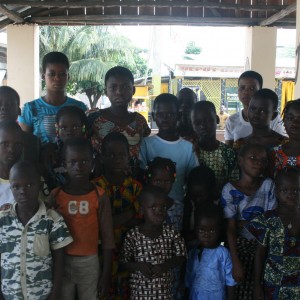